20 revelations about startups that nobody will tell you 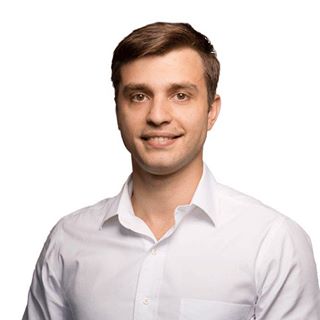 TechCrunch collected 20 statements from one of Patrick McKenzie's Stripe payment service employees. He spent a lot of time formulating them to help his start-up. It will be useful for young entrepreneurs from all over the world to learn about such recommendations. Stripe is one of the most successful start-ups in Silicon Valley. In just a few years, the company managed to grow from scratch to an estimated $ 9.2 billion, and the founders of Stripe Patrick and John Collison are called the youngest billionaires.

Everyone has something to learn. You too, CEO

It's really useful for some people to hear advice that everyone knows about. For the same reason why we continue to maintain schools, although all subjects from the program have already passed before. In this regard, here is a quick list of things that people find too obvious to tell you.

"Stealth" means that you do not receive a feedback

Your idea has no value at all. The whole value is formed by its embodiment, not you. You do not need to insist on signing the NDA to discuss it - no one serious will not run a contract with an interesting idea, and you will prove to be just an ignoramus.

You fail the deadlines of your product

Entrepreneurs are accustomed to underestimating the complexity and cost of software development, especially in companies that do not have a fully-formed and competitive team of engineers on the market ("because the software is so simple, really, guys?"). Ask for more. Ask for more. Now proceed.

Do not worry about the press

The press is an unprofitable and prejudiced exposition of the events of the real world, and it is necessary to perceive this information following certain rituals, taking into account status games and incentives. The news is usually barely able to cover everything that happened yesterday. What they call important is not that.

People with a broad outlook are very important

It is incredibly difficult for companies to find a responsible generalist who can work independently and take risks responsibly. After all, this is an unusual employee, even for places that are very proud of the skills/diligence of their subordinates.

But you will also need experts

Startups (if necessary) are usually full of generalists. And in large companies, there are many specialists. People underestimate how effective generalists can be in the tasks that specialists perform. People also underestimate how deeply experts can dig a problem. These are interrelated revelations. The most difficult problem for b2c is distribution. The most challenging problem for b2b is selling. AppAmaGooBookSoft (an abbreviation of Apple, Amazon, Google, Facebook, Microsoft - prim. red) became AppAmaGooBookSoft because they were tightly focused on distribution.

You win or lose. Use share capital to get the best chance to attract talent

Everyone in the Valley enjoys share capital and does not borrow to support business growth. After all, loans are not available in sufficient quantities for poorly capitalized companies that do not have a strong credit history for servicing payments.

Achieve the sounded goals, or investors will get rid of you

Investors in companies that rely on venture capital buy the product. It is very important to understand that the product is growing. The reason the technology industry is so well received is one of the few areas where you can grow in the market at any time and at any price.

Everyone is a little cunning until they do it (part 1)

The expansive growth of the technological sector is maintained by a low average age of specialists, but this has a negative impact on salaries. Comparing with the industries that have not changed much since the 70s, we have an idiotic compressed professional spectrum here: more than five years and you are the "signor". And this is not a joke.

Everyone is a little cunning until they do it (part 2)

Nowhere is there a secret reserve of people who understand what they are doing. They are not in the government. There is not in the technological environment, there is no science, in AppAmaGooBookSoft, nowhere. The world exists in the same glamorous imperfection with which we see it.

Besides, half of the people are also frank fakes

If you try to hire a person as an engineer, more than 50% of applicants whose resume you consider acceptable will be unable to program. Moreover, the search term to learn more about this phenomenon — FizzBuzz.

Recruiting is your best opportunity

The technology industry is not serious about the process of recruiting, employment and selection of candidates. I can say a lot more about this than the tweet, but just knowing about this situation is useful.

Software companies in the b2b sector, which intend to grow rapidly, will spend more money on sales and marketing than on development. Look at the reports of successful public placements and calculate the ratio: sometimes it comes to 2X ++.

Open-source initiatives are motivated by income, not philanthropy

The programmers have written the most open-source software. They work full time in companies that follow this software, with the explicit or implicit approval of these same employees. Nevertheless, this is not charity, and the tax return will confirm this to you.

A degree in Computer Science does not make you an engineer

CS-programs, for the most part, do not include the fact that the main way to become a programmer is to rely on real programming. There are, of course, some exceptions, like the University of Waterloo, for example. At this moment I usually joke "that's an exhaustive list", but in reality, it's not laughing.

Do not expect the public to understand your technology

Technological literacy in society you can measure by a Christmas test: what questions are asked for you at Christmas? Here the level of literacy will manifest itself. Serious people in important positions also gather for Christmas dinner. Guess what they ask about.

Nothing can be called a bubble

Salaries in the technology industry have jumped very much in the past few years. The competition in the hiring market provoked it, the collapse of cartel organizations working against the interests of employees, the return to the company of the scale of AppAmaGooBookSoft and other factors. After all, investors' money will not pay the majority of salaries.

How to find your idea for a startup

The main products in the technology industry are (for b2c) the development of new habits and (for b2b) the optimization of the modern business process due to a drastic reduction in the cost and number of people needed to conduct it.

As a result, a quick list of things that others consider too evident for discussion has turned out. Therefore, meta-thought: you greatly underestimate how much you know of what is unknown to other people and the benefits of publishing this knowledge.

Give life to your ideas! Don’t let them die in a sea of self-doubt and uncertainty. Nowadays you have all possibilities to have successful startup, regardless of the sphere, size, and direction of your thoughts. You can easily give life to your ideas and our community is ready to help. Schedule a free Q&A session with Roman.

The benefits of a full-cycle software development company

Your email address will not be published. Required fields are marked *